Historically, women’s participation in the medical profession was significantly restricted; it was once a great struggle for a woman to be considered for a medical education, and only the strongest-willed and most dedicated could attain the once-thought impossible medical degree.

However, gender equality has yet to be achieved within medicine throughout the world, and an equal education for all is one of the Sustainable Development Goals announced by the UN:

“Ensure inclusive and equitable quality education and promote lifelong learning opportunities for all.”

It is on International Women’s Day that I wish to remember the early female pioneers of medical sciences who inspired the many women who followed, and who continue to inspire women today. 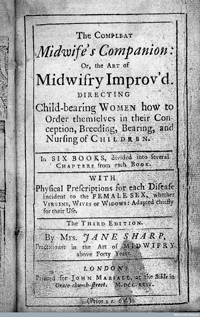 Little is known about 17th-century English midwife Jane Sharp except that she wrote the definitive Renaissance guide to midwifery in 1671 and changed the position of women in medicine forever.

The book itself – still being sold today - is a practical discussion of the birthing process for each party involved: mother, father and midwife, and through its six parts was the primary source of information about women, childbirth and sexuality during the Renaissance.

Mary Seacole was a pioneering nurse and heroine of the Crimean War, who faced racial and sexual discrimination throughout her career. Born to a Scottish father and Jamaican mother, Seacole acquired knowledge of herbal medicine in the Caribbean and travelled to London to offer her services for the Crimean War effort but was refused by the War Office.

That didn’t stop Mary, who travelled independently and set up the British Hotel near Balaclava which provided a “mess-table and comfortable quarters for sick and convalescent officers”. She also visited the battlefield, often under fire, to nurse the wounded. She became extremely popular among service personnel who raised money for her when she faced destitution after the war. 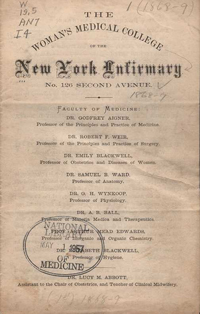 Elizabeth Blackwell, the first woman in America to receive a medical degree and the first woman on the UK Medical Register, studied anatomy privately with male doctors whom she befriended while applying to all medical schools in New York and Philadelphia. She was met with resistance and rejection for the following reasons: that she was a woman and therefore intellectually inferior, and the fear that she might actually “prove equal to the task” and prove to be competition for her male colleagues. Most people recommended that she either travel to Paris to study, or disguise herself as a man to study medicine!

In 1853, Dr Blackwell established a small dispensary in New York and took a German apprentice named Marie Zakrzewska who was pursuing medical education. Four years later, Dr Zakrzewska, along with Blackwell and her sister Emily (also a doctor), expanded the original dispensary into the New York Infirmary for Indigent Women and Children. This institution, and later medical college, for women provided training and experience for women doctors and provided medical care for the poor. 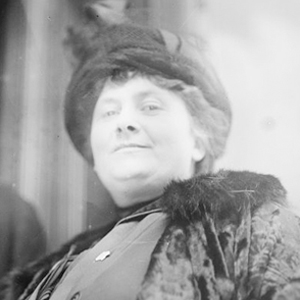 The name Montessori is famous worldwide thanks to Maria’s pioneering theories in early childhood educational and the schools she subsequently founded. Equally impressive is her accolade of being the first woman in Italy to earn a medical degree. Montessori defied educational expectations in a conservative country. While treating many poor and working-class children who attended free clinics at Rome’s medical school, Montessori observed that fundamental intelligence was present in children of all socio-economic backgrounds.

At the turn of the century Montessori became director of the Orthophrenic School for developmentally disabled children, where she extensively researched early childhood development and conceptualised her own method of applying educational theories. 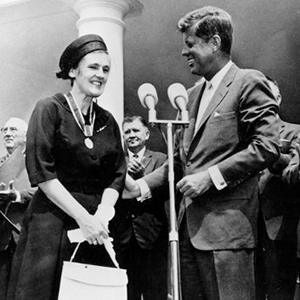 Within her first month of employment at the FDA, Frances Kelsey had already shown a strong stance against inadequate testing and corporate pressures, when she refused to approve the release of thalidomide in the United States. This decision proved to be justified when it transpired that the drug caused serious birth defects.

Awarded the President’s Award for Distinguished Federal Civilian Service by President Kennedy in 1962, Kelsey helped shape and enforce necessary amendments to drug regulation law around safety and effectiveness, informed consent from patients during clinical trials, and reporting of adverse effects.

Alice Rollinson is the Administrative Assistant and Undergraduate Co-ordinator for the Centre for Evidence Based Medicine | www.cebm.net @alorollo @cebmoxford

The latest on tobacco research, courtesy of the Oxford Returning Carers’ Fund

Jamie Hartmann-Boyce, who has recently returned to the department following maternity leave, writes about her experiences of the Society for Research on Nicotine and Tobacco (SRNT) conference in Chicago.