What’s the right diet for you? A BBC Horizon experiment

In a 3-part Horizon special, BBC Science, together with Britain’s leading obesity researchers, will investigate three different causes of overeating and how a weight loss programme tailored to each of these causes can help people to lose weight.

In Britain today 11 million people are on a diet - yet the vast majority of them will fail to control their weight in the long term.

Most diets are a one-size-fits-all approach. But each of us puts on weight for different reasons and scientists are currently investigating how differences in our biochemistry, psychology and our genes affect our weight.

In a ground-breaking national experiment - the first of its kind - Dr Chris Van Tulleken and clinical psychologist Professor Tanya Byron, together with Britain’s foremost diet and obesity scientists from Oxford and Cambridge universities, test how helping people to understand their biology and their psychology and tailoring the weight loss plans to combat these characteristics can help people lose weight. They’ve selected 75 overweight volunteers from across the UK whose weight loss programme will be tailored to explore three particular causes of overeating: genes, gut hormones, and emotion-related eating.

Packed full of new research on the causes of obesity, demonstrations, tips for weight loss and general dietary advice, the programme offers credible, useful information for everyone as it follows the experience of the three groups of dieters.

The researchers put 75 overweight volunteers through a series of tests to find out why they eat too much and are overweight. The volunteers are divided into three groups, each based on different reasons for over eating:

To accompany the series the BBC has produced a free interactive eBook - What’s the Right Diet for You?, with the latest scientific advice on how to lose weight and keep it off, meal suggestions and recipes together with video interviews with people who have tried and tested the diets.

Viewers at home can also find out which diet might be right for them by trying the online diet test, available along with the eBook from January 12 at bbc.co.uk/rightdiet. 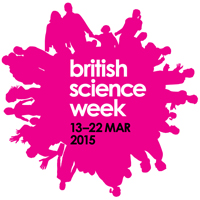 Researchers Susan, Paul, Tanya and Giles feature with Dr Chris van Tulleken at this year's Oxfordshire Science Festival and Cambridge Science Festival, where they will discuss the latest thinking in weight-loss research.

These take place during British Science Week in March 2015.

Missed the programme? Visit the programme website for to take the diet test, download the recipe book and catch-up with this 3-part special on BBC iPlayer.

What's the right diet for you?