Taking research into the community during science week

Department researchers promote healthy lifestyle choices and celebrate women in science at events across Oxford, Abingdon and beyond.

Researchers from the Nuffield Department of Primary Care Health Sciences have been getting out and about this month to discuss their work with the public during the Oxfordshire Science Festival and British Science Week, and to get more people actively involved in department research.

Hands-on demonstrations, talks and panel sessions all focussed on diet and lifestyle - from how to improve the nation’s diet through "knowledge, nudge and nanny" to uncovering the sugar content of different bottled drinks.

At the Oxford London Lecture in Westminster, speaking to an audience of over 400 people Professor Susan Jebb spelt out a range of measures that could encourage more people to eat a healthy diet and reduce levels of obesity and other diet-related diseases. Professor Jebb called for obesity management to be placed centre stage in primary care, and highlighted the portfolio of actions that have helped persuade many to stop smoking, suggesting such policies teach healthcare providers and policy makers how to tackle obesity. 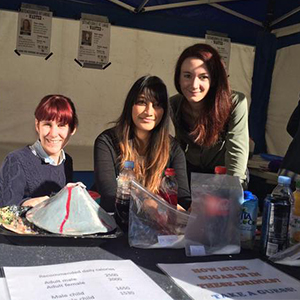 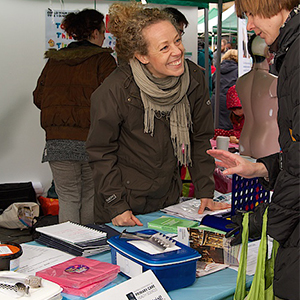 In more hands-on activities across Oxford and Abingdon, Lynne Maddocks, the department Patient and Public Involvement (PPI) Coordinator, took part in a high-street stand sponsored by the Oxford Academic Health Science Network, and asked almost 100 passers-by whether chocolate orange rolls might be more satisfying than chocolate rolls in a “randomised clinical trial.” 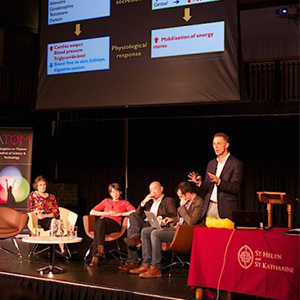 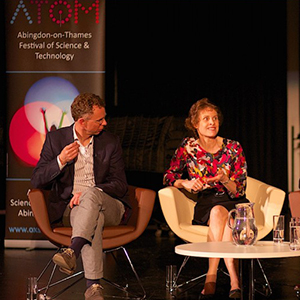 And finally, following BBC Two’s ‘Is there a right diet for you? A Horizon Special’ in January, Professors Paul Aveyard and Susan Jebb, who appeared as experts on the show, featured in two spin-off events alongside TV presenter Dr Chris van Tulleken and University of Cambridge researchers Dr Giles Yeo and Professor Fiona Gribble. Taking place in Cambridge and Abingdon with a combined audience of over 350 people, ‘Is there a right diet for me?’ delved deeper into the science behind the weight-loss plans that had been tailored for "constant cravers", "feasters" and "emotional eaters" - the three different types of overeating featured on the show.

Throughout the evening the speakers discussed how an individual’s genetics, metabolism, behaviour and diet can all influence weight management, and answered questions from the audience on personal weight-loss challenges.